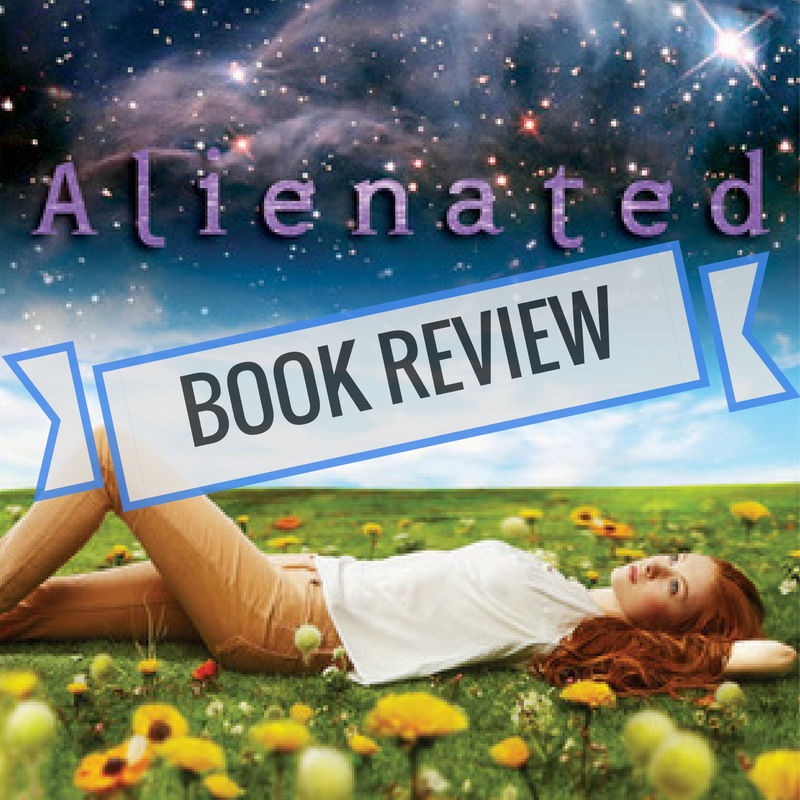 “Alienated” is the first book in a trilogy by Melissa Landers.  Although it was published in 2014, it’s a sci-fi romance I’ve only just got round to reading. I think the reason for my delay is… the cover.

Part of the problem is, it reminds me of a TV programme I didn’t like called “Pushing Daisies”. 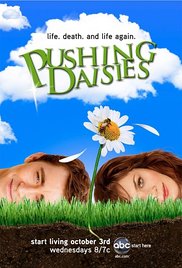 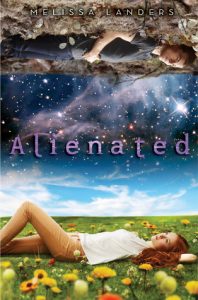 Yeah, OK, it’s not that similar. But the girl lying in the flowers on the Alienated cover gives off a rather silly, fluffy vibe. It says, more romance than sci-fi. However, it had worked it’s way to the top of my TBR pile, so I dove in.

Two years ago, the aliens made contact. Now Cara Sweeney is going to be sharing a bathroom with one of them.

Handpicked to host the first-ever L’eihr exchange student, Cara thinks her future is set. Not only does she get a free ride to her dream college, she’ll have inside information about the mysterious L’eihrs that every journalist would kill for. Cara’s blog following is about to skyrocket.

So far, so high school romance.

But then Aelyx has a hidden agenda for wanting to come to Earth and it doesn’t bode well for the human race.

At first, I found it difficult to warm to Cara. She’s a self-opinionated, over-achiever who will stop at nothing to win. However, as the story wears on I began to like her more. She’s not afraid to use her feistiness to stand up for Aelyx and the other exchange students even if it means “She’d just set the world record for Fastest Freefalling Social Status.”

Aelyx starts off pretty unlikeable too, although he is an alien so I cut him some slack.

I liked how their relationship grew realistically throughout the book and there were some pretty steamy kissing scenes but that’s as far as it went. 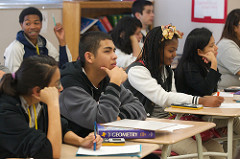 Photo by US Department of Education

Cara’s friends are a typical mix of bitchy girls and there’s the jealous boyfriend who dumps her because of Aelyx. The other L’eihr are suitably strange and alien-like.

Cara’s parents were a strange couple. One minute they’re freaking out because Cara and Aelyx are in the bedroom together, next they’re helping her escape with him to elope to a different planet. And I’m not sure why we had to suffer mum and dad making out everywhere. Cara’s mum had been cured of cancer by the L’eihr so maybe there’ll be some explanation for their behaviour later but, in this book at least, it didn’t move the story along and I could have done without it.

So far, Alienated is pretty much what I expected.

What I didn’t expect

The population of Earth are soon whipped into a frenzy of hatred and mistrust for the L’eihr.  In the wake of the Brexit vote and the recent Trump election campaign, this book depicts some all-too-real examples of how hatred and racism can escalate. Landers’ shows this really well and this sets Alienated apart from the usual forbidden alien/human romance.

“I don’t believe members of Humans Against L’eihr Occupation are terrible people. I think they’re frightened and misguided, and we should pity them. In fact, I believe a quote from your Bible summarizes the situation perfectly.”

“They know not what they do.”

“I think she left her soul at home. Maybe it didn’t match her shoes.”

“Why is it always the crazies who make their voices heard while everyone else shuts up and does nothing?”

“The corruption within your system of government?” He tapped his textbook as if the proof lay within its pages. “The inefficiency? The uninformed masses choosing whichever candidate made the most outlandish promises?”

“Reasonable people would have doubts, just like she did, but they wouldn’t come after her with pitchforks and torches.”

I expected a fluffy high school romance with a flavour of alien. I didn’t expect some keen observations on racism and the darker side of human nature. Cara is a strong heroine with some cool lines and the cast of supporting characters are generally believable (excepting Mum and Dad). The book left readers on a cliff-hanger and I will definitely be purchasing the next in the series  to find out what happens next.

Have you read Alienated? Do you love the cover? Let’s talk.