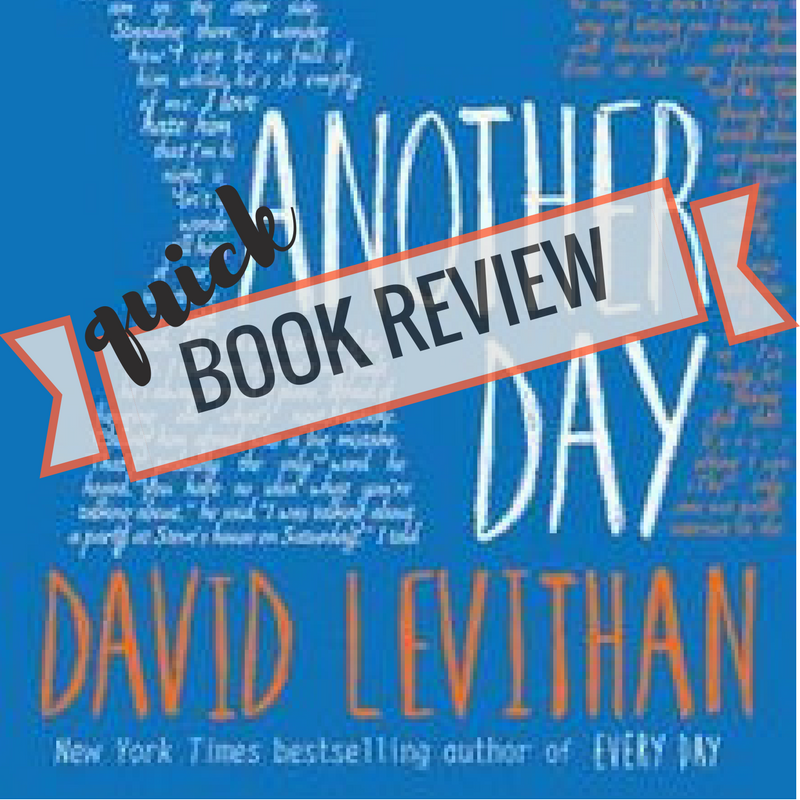 I wasn’t going to post today but I finished reading Another Day by David Levithan last night and I had to tell you about it. This will be super quick, so here goes.

I read Every Day a couple of weeks back. You can check out my review but, long-story-short, I really liked it … except for the ending. There had to be more???

To be fair, Another Day is billed as a ‘companion’ rather than a sequel. Nonetheless, I expected to get bored after the first page – after all, I knew what was going to happen.

Every day is the same for Rhiannon. She has accepted her life, convinced herself that she deserves her distant, temperamental boyfriend, Justin, even established guidelines by which to live: Don’t be too needy. Avoid upsetting him. Never get your hopes up.

Until the morning everything changes. Justin seems to see her, to want to be with her for the first time, and they share a perfect day—a perfect day Justin doesn’t remember the next morning. Confused, depressed, and desperate for another day as great as that one, Rhiannon starts questioning everything. Then, one day, a stranger tells her that the Justin she spent that day with, the one who made her feel like a real person . . . wasn’t Justin at all.

The thing with this book is, it’s a disturbing look into the dynamics of abusive relationships. OK, maybe not physical abuse, but Rhiannon is continually walking on egg-shells trying not to upset her boyfriend. Her friends know it, even she knows it. But still she stays, still she hopes she will be enough to ‘fix’ him. Still she hopes that one day he may love her back in the way she longs for.

This is a story everyone should read because relationships like this are not OK. They’re not even OK for Justin. And you can’t ‘fix’ anyone else, they have to do it for themselves. 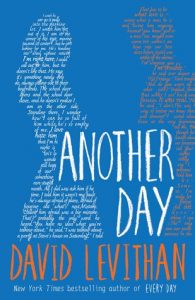 So, although I knew how the story would end, I enjoyed the journey. Levithan has a great writing style and I can thoroughly recommend the book.

Let’s hope the ‘real’ sequel, Some Day, due out at the end of the year, will have a satisfactory conclusion.

OK, that got longer than I anticipated. I haven’t got round to watching the movie of Every Day but will report back when I do.